The cost of a massive program to spray sun-dimming particles into the upper atmosphere in the name of halting global warming, a process some contend is already underway via chemtrails, has been put at just below $5 billion dollars a year. 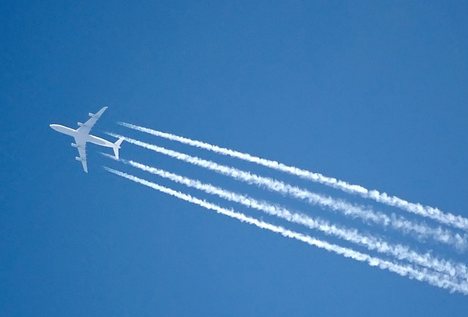 U.S. scientists writing in the journal Environmental Research Letters concluded that “Planes or airships could carry sun-dimming materials high into the atmosphere for an affordable price tag of below $5 billion a year as a way to slow climate change,” reports Reuters, a process characterized as “both feasible and affordable.”

The cost of using specially adapted aircraft able to operate at high altitudes as a delivery system to disperse sulphur particles was put at $1 to $2 billion a year. Using “giant guns or rockets” would be more expensive.

Co-author Professor Jay Apt of Carnegie Mellon University in Pittsburgh told Reuters that injecting the atmosphere with sulphur but then suddenly removing it from the eco-system could cause temperatures to jump, indicating that the program would have to be ongoing in perpetuity.