According to the FDA’s legal definition, a drug is anything that “diagnoses, cures, mitigates, treats, or prevents a disease.”

The problem with this definition is that there are numerous substances, as readily available and benign as found on our spice racks, which have been proven by countless millennia of human experience to mitigate, prevent and in some cases cure disease, and which cannot be called drugs according to the FDA. 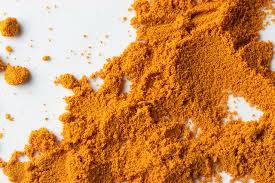 How can this be? Well, the FDA has assumed for itself Godlike power, requiring that its official approval be obtained before any substance can legally be used in the prevention and treatment of disease.

The FDA’s legal-regulatory control therefore is totalitarian and Napoleonic in construct; what it does not explicitly permit as a medicine is implicitly forbidden.

Historically the FDA has required new drugs undergo expensive and elaborate multi-phased clinical trials, which are out of the grasp of any ordinary interest who might want to demonstrate the efficacy of a non-patentable (and therefore unprofitable) herb, food or spice.

The average out-of-pocket cost for obtaining a new drug approval is US$ 802 million dollars,[1] and therefore an investor putting capital into bringing to market a substance that does not lend itself to market exclusivity and therefore cannot produce a return on investment, is committing economic suicide, if not also breaking the law. The investor actually has a legally-binding fiduciary responsibility to its shareholders to make a profit. And therefore, capital will not flow into any would-be commodity that can be produced or obtained with ease, including most things that grow freely on this Earth.

It is an interesting footnote in history that shortly after the Declaration of Independence, Congress declared that natural substances, e.g. water or salt, were God’s gift to mankind and that therefore products of nature should be limited in their patent protection. While this was a noble declaration, it has actually been used against those whose rights it would protect. It has forced private interests to synthetically alter natural substances — for instance the burgeoning biotech field of recombinant DNA technology, i.e. genetically modified organisms (GMOs) — for the sole reason that it guarantees them ownership/patent rights.