[Editor’s note: Earlier this year, it was reported researchers from Stanford University found cesium levels 10 times higher than those found in bluefin tuna from the years before the disaster.] 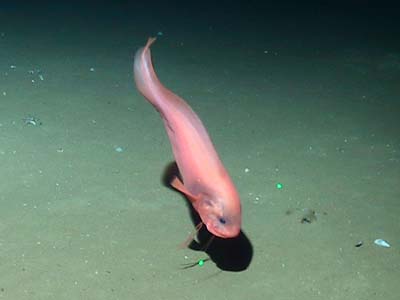 The mainstream media is finished with Fukushima, but it seems Fukushima isn’t finished with us. A couple of irradiated fish captured near the inoperative nuclear plant showed 25,800 becquerels of caesium per kilo—258 times the level determined ‘safe’ by the government.

The plant ceased operations following a meltdown involving three reactors after the devastating earthquake and tsunami in March of 2011.

Since June, officials have allowed fishing outside a 31-mile radius from the plant while being purportedly stunned by the record radiation levels of the fish. Until the recently captured pair of greenlings, record radiation levels had been at 18,700 becquerels per kilo as found in cherry salmons. The Tokyo Electric Power Company (TEPCO) is intent on capturing more of and researching the fish, their food sources, as well as their habitats to explain the 7,100 becquerels jump.