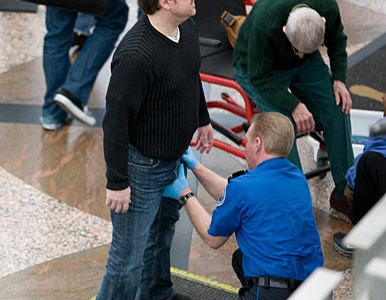 Hawaii Senators this week passed a resolution for a “Traveler’s Bill of Rights”, aimed at making the TSA more accountable and putting a stop to over reach and abuses.

Much like Paul’s bill, the resolution declares that no employee of the federal agency is immune from the law when it comes to pat-downs and the use of potentially harmful radiation scanners on Americans.

Senator Slom is a member of a national, bipartisan legislative caucus, known as the “United States for Travel Freedom” caucus, formed one year ago specifically to oppose TSA intrusions. Slom has also introduced legislation to altogether prohibit the use of non-consensual body scanners.